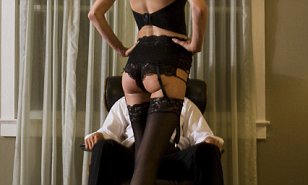 Lucy was upset after realizing that both Marty and Rory had been lying. However, his attempts to express his feelings are continuously thwarted, often by other people, such as Lorelai's on-again, off-again boyfriend Max Medina and Luke's similarly intermittent girlfriend, Rachel (played by Lisa Ann Hadley). On return to Rory's dorm, Marty revealed what many had already known, that he had romantic feelings for Rory. In the final moments of the revival, Rory reveals to her mother that she is pregnant, and while it is not explicitly stated, it is implied that Logan is the father. Jess describes his life in Philadelphia working for the publisher of his book, Truncheon. In season 4, it is revealed that Richard has been having yearly lunches with Pennilyn Lott (his ex-girlfriend) without telling Emily. When talking to Lorelai, Rory doesn't know his surname and thinks out "Grimaldi". Lorelai and Luke presumably get back together at the end of the season, as she kisses him at Rory's farewell party and the next morning, wears the necklace he gave her as she and Rory eat breakfast at the diner. Gil is much older than the rest of the band, has a wife and kids and owns a sandwich shop. Rachel (Lisa Ann Hadley) (2001 Luke's intermittent ex-girlfriend from days prior to the time period across which the show is set.